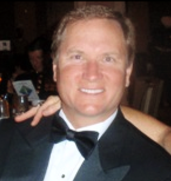 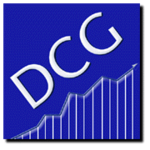 Bob Prag founded DCG in June 1999. He has spent the past 30 years in senior active roles in various areas of strategic planning, mergers & acquisitions, and corporate communications. He is also an active value-added private investor primarily in microcap public companies.

From 1983 through 1992, Bob was a Senior Vice President with Corporate Investment International ("CII") in Maryland. At CII, Bob concentrated on mergers & acquisitions and business strategies. Bob was a lead dealmaker in the sale of more than 100 privately held companies.

From 1993 through 1998, Bob was the Senior Vice President at a west coast-based financial public relations firm. He directed all efforts in assisting client companies in strategic management planning and capital formation, and during his tenure, client companies completed capital raises of more than $250 million.

Bob is active in his local community coaching youth sports.  His charitable activities include being the Corporate Sponsor Chair of The Good Guys Marine Fund, a 501 (c) (3) charity that raises funds to provide financial support directly to U.S. Marines wounded in Iraq and Afghanistan in recognition of the their sacrifice and duty to our Country.
Numerous references available upon request